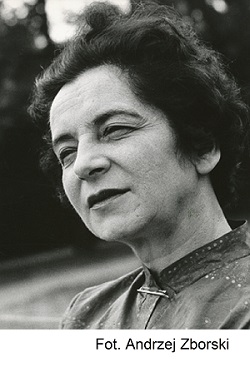 On 18 October 2019 at 7:30 p.m., the Polish National Radio Symphony Orchestra in Katowice under the baton of its new artistic director Lawrence Foster will perform the Concerto for String Orchestra by Grażyna Bacewicz and the Symphony No. 1 in E flat major by George Enescu.

Concerto for string orchestra – Grażyna Bacewicz's opus magnum, returns to the music stands of the NOSPR musicians exactly 69 years and 4 months after the world premiere under the baton of Grzegorz Fitelberg. Although the orchestra's composition has changed completely since then, the impact of the work, which Stefan Kisielewski described as "a bloody piece of healthy and tasty music", remains unchanged.

Rudolph Buchbinder chose Ludwig van Beethoven's Piano Concerto No. 4 in G major for his debut at the NOSPR Concert Hall. The premiere of this work was the Beethoven's last public performance as a soloist with orchestra. George Enescu decided to give the Symphony in E flat major (1905) number one, despite the fact that he wrote four other symphonies as a teenager. Enescu remains the youngest student in the history of the Vienna Conservatory to which he was admitted at the age of 7! Thus, when writing the Symphony in E flat major at the age of 24, he was able to present a "mature" look at the late Romantic symphony tradition developed by Schumann and Brahms.

Before the concert (6.45 p.m.), the Society of Friends of the NOSPR invites you to the chamber hall for a meeting with a special guest –  the director of the George Enescu Festival, Mihai Constantinescu.