Marcin Błażewicz has passed away... 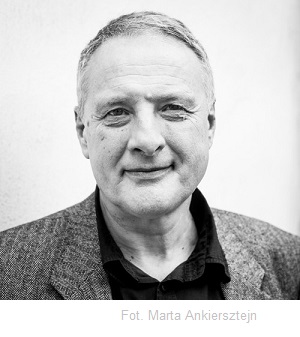 Professor Marcin Błażewicz, composer, lecturer at the Fryderyk Chopin University of Music, member of the Polish Composers' Union died on 5 April 2021 in Podkowa Leśna at the age of 68.

He studied philosophy at the Academy of Catholic Theology in Warsaw (now the Cardinal Wyszyński University), and later composition with Marian Borkowski at the Academy of Music in Warsaw (now Fryderyk Chopin University of Music), from which he graduated with honours. In 1999-2002 and 2005-2008, he was vice-dean of the FCUM Department of Composition, Conducting and Theory of Music, and in 2008-2012 dean of this department. In 2012-2016, he was head of the Department of Composition. He supervised doctoral dissertations of Dariusz Przybylski, Eunho Chang, Krzesimir Dębski and Ignacy Zalewski.

For many years he was engaged in the promotion of musical culture. In 1983-87 he was organiser and artistic director of the International New Music Forum in Warsaw. In 1990-92 he was president of the Jeunesses Musicales de Pologne, and in 1990-94 – vice-president of Percussive Arts Society Poland. Simultaneously, in 1986-98 he was music director of the Polish Radio Theatre and an editor in the Polish Radio "BIS" Programme. In 2000 he founded a periodical about music and related arts – "Muzyka21" – of which he was editor-in-chief until 2001. He was also chairman of the classical music section of ZAiKS Association of Authors (2006-2013) and its treasurer (since 2006).

Marcin Błażewicz received the Stanisław Wyspiański Award for lifetime achievement as a composer (1988) and – twice – the Prix Italia (1989, 1990). In 2018, he received the 100th Anniversary Award of the ZAiKS Association of Authors.

Marcin Błażewicz's works are performed in many countries around the world: from China through Europe to the United States – his music will stay with us forever.