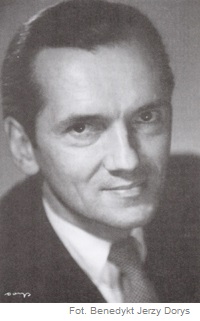 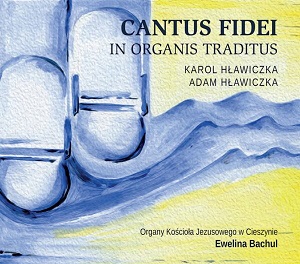 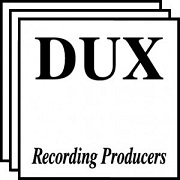 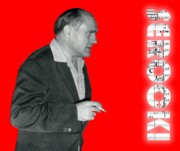 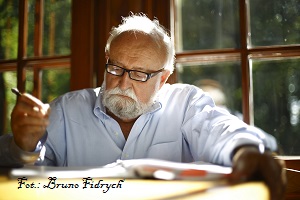 The Penderecki Trio, an excellent music group composed of winners of international music competitions, will pay tribute to its Patron with a concert on 12 March 2021 at 7.00 p.m. at the Szczecin Philharmonic.

The musicians attempt to set new directions for chamber music and expand the repertoire of the piano trio by creating innovative artistic events. The cellist Claudio Bohórquez is currently one of the most significant names in the music world. His international career started with his victory in the International Music Competition in Geneva in 1995. His younger colleagues follow his footsepts. The violinist Mateusz Makuch is the winner of the Concerto Competition Morningside Music Bridge in Calgary (2013) and several other violin competitions: in Singapore, Athens, Paris, Vienna, London, Kiev, Rome, Fermo, Sarajevo, Stockholm, V'ac and Namur. The pianist Andrzej Wierciński has won, among others, the International Piano Competition in Saint-Priest (2019) and the Polish National Fredryk Chopin Piano Competition in Warsaw (2015).

The upcoming concert will start with Krzysztof Penderecki's Chaconna, the famous part of his Polish Requiem, performed for the first time in a new arrangement for piano trio by Jaejoon Ryu. The programme will also include piano trios by Johannes Brahms and Antonín Dvorák.

Częstochowa | Concert on the 50th anniversary of the Jan Długosz University

The Annual Concert of the Department of Music at the Jan Długosz University of Humanities and Natural Sciences will take place as part of the 50th anniversary of the University on 12 March 2021 at 7.00 p.m. at the Częstochowa Philharmonic. The concert will feature the premiere of Korona-19 by Korneliusz Wiatr.

Korneliusz Wiatr – composer, pianist, founder and conductor of the Wind Band – is an assistant professor at the Department of Music at the Jan Długosz University of Humanities and Natural Sciences and a teacher at the State Music School in Oleśno. In 2015, he was the Person of the Year of the Oleski County. His latest composition Korona-19 (... to all on the front line ...) for orchestra, choir and tape was written as part of the creative scholarship of the Minister of Culture and National Heritage 2020/II. 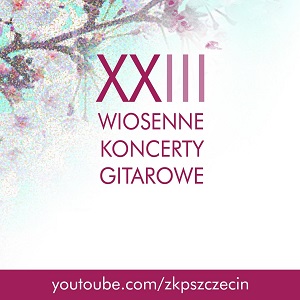 The unique sound of classical guitars, lute and voice – Spring Guitar Concerts, which traditionally take place in the Pomeranian Dukes' Castle in Szczecin, will be available online for free on every Friday in March 2021.

This year's guitar concerts have been recorded in the Castle's Ghotic Gallery and will be broadcast online every Friday in March from 8.00 a.m. to 10.00 p.m. on Sunday.

Spring Guitar Concerts is a regular cycle, promoting guitar music, which has been organised by the Pomeranian Dukes’ Castle since 1998. Every year in the springtime the Castle offers several concerts to music lovers, which gives an opportunity to listen to a wide range of guitar styles, including classical, jazz and acoustic. Apart from solo recitals, you can listen to guitar bands or concerts of guitarists with other instrumentalists. At the organizers’ invitation the world class artists arrive in Szczecin. The artistic director of Spring Guitar Concerts is Piotr Pałac – guitarist and pedagogue from Szczecin.

During this year's 23rd edition, Andrzej Grygier – winner of 25 first prizes (including the Grand Prix) at national and international guitar competitions – will perform compositions by Antonio Jose, Robert Sierra and Alekxandre Tansman. Mateusz Ławniczak (lute, voice) will present songs of the Renaissance period: the programme "Shakespearean Songs" consists entirely of works that were an integral part of Shakespeare's plays or could very likely fill the gaps between the acts. The excellent Woch & Guzik Duo will present Italian, Brazilian and Venezuelan music, including the One Week in Rio suite dedicated to the duo by Sergio Assad. 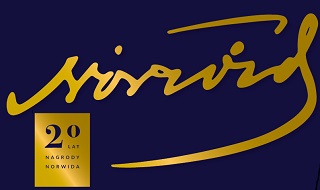 The local government of Mazovia will award the Cyprian Kamil Norwid Awards for the 20th time. You can now submit candidates for this year's anniversary edition of the award in the following categories: Literature, Music, Visual Arts, Theatre and "Life's Work" – for the lifetime achievement. The deadline for submitting applications is 30 April 2021.

The prize will be awarded to artists associated with the region of Mazovia. Candidates for the award may be nominated by: nationwide creative unions or their branches, universities, cultural institutions, publishing houses and editorial offices, individual authors, as well as members of the jury. The "Life's Work" Award may be awarded to residents of the Masovian Voivodeship. The nominees and winners are selected by experts in individual fields, who are also members of the Norwid chapters.

Since 2002, the Cyprian Kamil Norwid Awards have been awarded to over 90 artists, including Kazimierz Kord, Jacek Kaspszyk, Łukasz Borowicz, Jerzy Maksymiuk, Piotr Paleczny and Paweł Mykietyn. 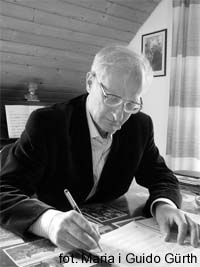 In the 1860s, Henryk Wieniawski held the position of a soloist at the tsarist court and taught violin at the Petersburg Conservatory. His Violin Concerto No. 2 in D minor, Op. 22, completed and premiered in St. Petersburg under Anton Rubinstein in 1862, was published eight years later and dedicated to his dear friend Pablo de Sarasate. It remains one of the most popular violin concertos of the Romantic era, memorable for its lush and moving melodies and harmonies.

Musique de la lumière et de la pénombre, a subtle, colourful and intriguing work by Krzysztof Meyer, was commissioned by notabu.ensemble neue musik from Düsseldorf on the occasion of its 25th anniversary. The composition was dedicated to the conductor Mark-Andreas Schlingensiepen and had its premiere on 31 January 2014. Sergei Prokofiev's Symphony in D major, Op. 25, also known as "The Classical", was composed as a modern reinterpretation of the classical style of Franz Joseph Haydn and Wolfgang Amadeus Mozart. The symphony's nickname was bestowed upon it by the composer. It has remained one of Prokofiev's most popular works. 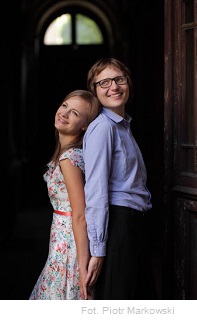 Works by Polish composers – Józef Elsner, Fryderyk Chopin, Aleksander Tansman, Witold Lutosławski, Henryk Mikołaj Górecki, and Władysława Markiewiczówna – will be performed by Książek Piano Duo at the Warsaw Philharmonic on 9 March 2021 at 7.00 p.m. The concert as part of the "Stage for Polish Music" programme is co-organised by the Warsaw Philharmonic and the Institute of Music and Dance.

Książek Piano Duo was founded in 2012 by Agnieszka Zahaczewska-Książek and Krzysztof Książek. The duo, represented by the Ludwig van Beethoven Association, has performed many concerts in Poland and abroad, incl. in Switzerland, France, Great Britain, Thailand and South Africa. In 2019, the musicians won 2nd prize and a special prize at the 21st International Franz Schubert Piano Duo Competition in Jesenik and the title of finalist and a special prize at the 3rd International Suzana Szӧrenyi Competition of Piano Duets in Bucharest. The following year, they received the "Young Poland" scholarship. Their talents and artistic achievements have brought them recognition of the audience and international music critics.

The latest album by Joanna Sochacka with piano music of Grażyna Bacewicz, released by the renowned DUX Recording Producers label, will be available for sale from 8 March 2021, and will soon be available in physical and digital international distribution.

Grażyna Bacewicz was an outstanding, extremely versatile artist. Her life contradicted the then popular view that a woman, by its very nature, cannot achieve excellent results in several spheres of artistic activity in a way that a man could. Among her most popular works are those written for violin. However, the new album, which will be released at the beginning of March, is devoted to her piano compositions.

Polish pianist Joanna Sochacka is a PhD student at the Grażyna and Kiejstut Bacewicz Academy of Music in Łódź in the class of Hanna Holeksa. She also studies at the Universität für Musik und darstellende Kunst in Graz, Austria in the class of prof. Milana Chernyavska. Her latest album includes a number of piano compositions by Grażyna Bacewicz. These are works well known to the international audience (Piano Sonata No. 2, 1953) and pieces that are rarely performed (Two Etudes for Piano and Piano Sonata No. 1,1949). In addition, the album includes two pieces first released on CD: Piano Sonata of 1930 and Etude for Piano of 1949.

Roxanna Panufnik composed Two Composers, Four Hands for double string orchestra on the centenary of Lutosławski's birth and a year before her father's jubilee. The title alludes to the friendship between Panufnik and Lutosławski, who earned a living during the occupation by performing in a duet in art cafes in Warsaw. The piece was not written for piano but for two separate ensembles, reflecting the essence of that collaboration. Sergei Prokofiev composed his Symphony No. 1 in D major, Op. 25 without the aid of a piano, treating it as a kind of exercise of the imagination. We will also hear Stanisław Skrowaczewski's Concerto for English horn performed by Piotr Pyc, a soloist of the NOSPR Orchestra, which Skrowaczewski led as the first guest conductor in the last years of his life.

The Amadeus Chamber Orchestra of Polish Radio under the direction of Anna Duczmal-Mróz will celebrate Women's Day with a concert on 7 March 2021 at 6.00 p.m. at the Adam Mickiewicz University in Poznań. We will hear works by Felix Mendelssohn-Bartholdy, Mikołaj Majkusiak, Piotr Perkowski and Piotr Moss.

The concert entitled Rhytm Games is an unusual combination of cello and accordion. The orchestra will perform with outstanding soloists: accordionist Klaudiusz Baran and cellist Karolina Jaroszewska. Klaudiusz Baran is a versatile artist and teacher, Rector of the Fryderyk Chopin University of Music. Through his artistic achievements, he changed the perception of the accordion in Poland. He is the first accordionist to have received the "Fryderyk" Award for his album Astor Piazzolla – Tango, recorded for SonyClassical. Karolina Jaroszewska, a graduate of the Julliard School in New York and the Academy of Music in Poznań, works at the Warsaw Philharmonic as a principal cellist and soloist. The artist is represented by Ludwig van Beethoven Association. Her artistric work has been also appreciated by non-musical institutions. In 2010 she received a "Young Positivist" medal from the Hipolit Cegielski Society in Poznań as well as scholarships from the City of Poznań and the Ewa Czeszejko-Sochacka Foundation.

The programme of the concert will include Rhythm Games by Mikołaj Majkusiak, To Karol Szymanowski by Piotr Perkowski and Piotr Moss and Octet in E flat major, Op. 20 by Felix Mendelssohn arranged by Agnieszka Duczmal.